Are robots replacing us & how it relates to test automation? 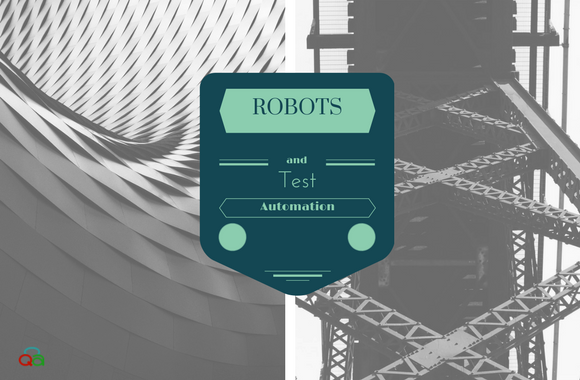 ARE ROBOTS REPLACING US & HOW IT RELATES TO TEST AUTOMATION?

Ever since automation entered the scene, there has been intense debate about machines replacing humans. And it’s easy to see why – machines don’t make mistakes, they don’t crib about overtime, they don’t get tired, and they don’t need to be paid a salary. Considering the capitalist environment that we operate in, it’s not hard to guess why this debate ever came up in the first place.

Ever since the first industrial revolution, there has been mass hysteria about machines taking over our jobs. Since the current wave of robotics inch ever closer to AI or artificial intelligence, exaggerated claims of a robot uprising have become excellent clickbait for a ton of internet sites. However, what do the experts say?

Paresh Goel is the co-founder and Chief Technology Officer of Career Power, and he is of the opinion that these fears have no basis. While automation has been around for a long time, the pace at which it is happening now is faster than ever. Sameer Bora, Head-Marketing and HR of Next Education says that when automation takes place, some jobs are taken away, but many more are created in its place. If a factory gets a machine to screw caps on toothpaste tubes, they’ll need to retain some of their employees to operate that machine. If certain software development tests are now automated, you need a tester who can write and run the test. He says that there is a displacement of workers that happens, and one needs to make sure that we are ready for the displacement, to keep up with the times.

So which are the jobs in danger of being displaced?

In short, anything that involves a lot of repetition, anything that is very mind numbing, easy and doesn’t involve an iota of creativity or human input will be automated. There has recently been a criticism of the corporate business model that says that a lot of the hyper specialized jobs that are given to people have no intrinsic value, and are detrimental to the personal growth of the people who have them. These employees end up feeling frustrated with their pointless labor, and the criticism linked this to the rising prevalence of depression in the current population.

Will a bot steal your testing job?

Software development teams in today’s world demand weekly releases and updates that can be released as soon as they are developed. Scheduled product releases are not a a norm anymore.
With ever changing demands of software development, testing teams also needs to align with company objectives and should undergo the same changes. World Quality Report 2018-19 says that quality assurance and testing teams are focused on improving customer satisfaction and end user experience hence driving business outcomes. Since expectations are changing, the way testers perform their day to day job also needs to change. That leads us to vital question,  will machine learning and AI significantly alter software testing and wipe out testers?
Heavy reliance on technology for repetitive jobs while people focusing on value creation activities is speeding up.  Because most of the testing tasks are repetitive, I believe AI can be used in those areas. In order for AI to train itself and perform complex tasks, testers need to deliver smarter insights. Exploratory testing will continue to be an integral part of testing and AI might find it difficult to replace.

World Quality Report clarifies that there are enough opportunities for testers willing to embrace AI, which will lead to a proliferation of new roles, such as AI strategists, data scientists and AI test experts.

Are robots taking our jobs away? Partly yes, they are. Is that entirely a bad thing? No. What automation is doing is that it is creating opportunities for humans to apply their effort and time in more fulfilling, productive ways. What automation is doing is evolving our work culture, just like we ourselves have evolved over the years. Automation is simply the way to a brighter, happier future. And no one should be scared of that.