Switching from manual testing to automation, you would want a testing tool that’s not only easy to adopt but also scales with your testing requirements. While robust automation tools like Selenium are available, they also require really good coding skills. Record and playback testing tools would seem to be the obvious choice. Especially, when you plan to incorporate automated testing quickly. 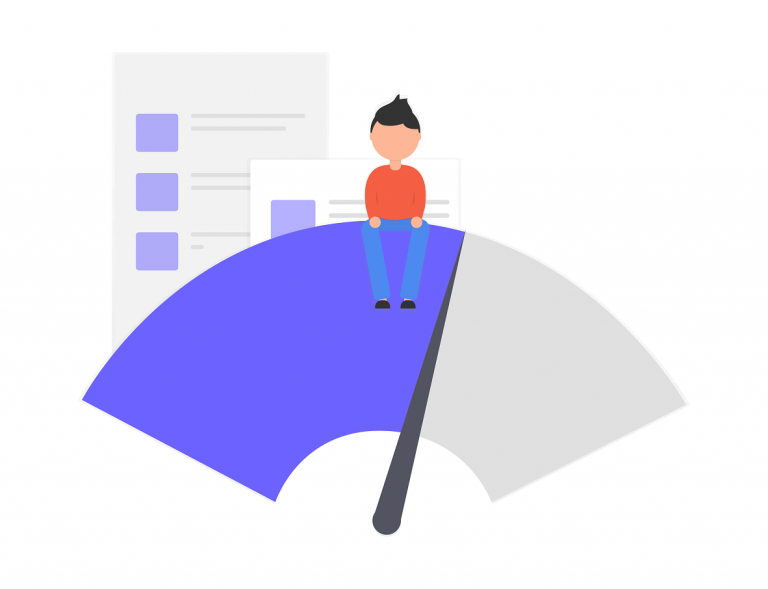 What is a record and playback testing tool?

The tool is mostly a browser extension/plug-in which records a tester’s interaction with the website (or a web application). The test-scripts are auto-generated which can be executed (playback) for testing. It is a tool best for executing the same tests many times over, it can often be more efficient.

One such popular open source tool is Selenium IDE

It is a Firefox extension that allows you to record, edit, and debug tests. Selenium IDE contains the whole Selenium Core to record and playback tests in the actual environment that they will run.

Such record and playback testing tools are easy to learn and faster to develop tests. However, there are serious limitations on their reliability.

Get ahead with your test automation by 10x

Test maintenance becomes difficult as re-recording for even small changes. Any error in the auto-generated test script takes a lot of time for debugging.

The data in these tools cannot be modified during the automation. Hence, making them unviable for data driven testing.

Such limitations have narrowed the scope of record and playback testing tools in QA. They have been reduced to a mere learning tool towards scripted automation tools which have their own set of problems.

What if you had an alternative that is fast & easy as a record and playback testing tool yet as robust as testing Selenium WebDriver?

CloudQA is the best of both testing worlds

CloudQA uses a smart test recorder to auto-generate test scripts. It is more advanced than any other record and playback testing tool. It allows testers to pick CSS, add assertions, identify nested iframes, and more.

Our advanced recording works using a new type of injected watcher. For example, in HTML5 applications, CloudQA uniquely watches user interactions and the Javascript level (inside the browser)—not simple x-y coordinates. This yields uncompromised recording equal to the way the browser itself sees user actions and even recognizing elements using user-generated custom fields. It means you have the least brittle scripts of any system, saving time and money and speeding up the delivery of test results. 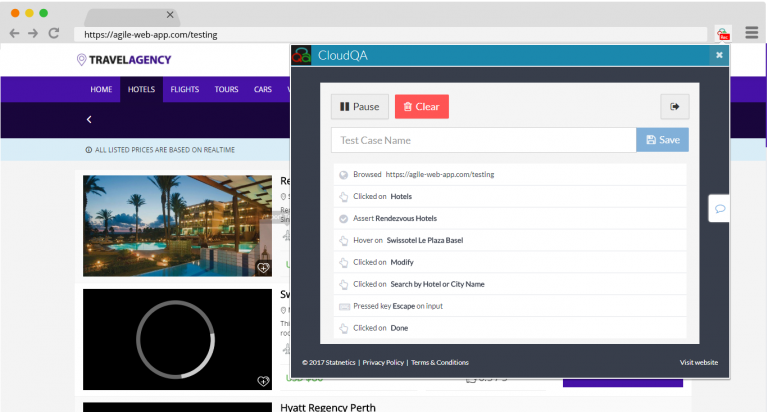 While CloudQA is made for today’s complex web applications, such competencies are not found with the conventional test recording tools. It is more than a test record and playback tool. It is a holistic QA platform built on top of Selenium.

With all the test automation power of Selenium WebDriver, CloudQA offers a ton of value added features. It has a built-in feature for data driven testing, cross browser testing with real browsers and test scheduling. All done within a few clicks.

Features like editing steps and reusable tests make test-cases easy to maintain, which is a common limitation both of record and playback testing tools and Selenium WebDriver. 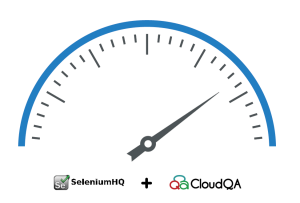 Set up useful test in minutes!

Unlike the conventional so called best automation testing tools, CloudQA offers out of the box integrations with third-party tools like CI/CD, team collaboration and bug tracking tools.

The major advantage of using CloudQA is its low costs of infrastructure and maintenance when compared to Selenium.

One recording for comprehensive web testing

CloudQA is an integrated platform for various testing like regression testing, functional testing, load testing, and synthetic monitoring. You only need to record one test case for all of them. You can also “playback” or execute your recorded sessions at any time and in multiple environments.  Read more about CloudQA.

Why record and playback testing automation tools are no longer brittle?

“Record and playback testing automation tools are good for getting started with test automation, but the test scripts created are extremely large, they execute slowly, and get slower over time, if they work at all,” says Hector Diaz de Leon, a test automation expert and development engineer. The reason for this was application changes, especially UI changes very frequently. And with advent of new software development practices like DevOps and continuous delivery changes are even more frequent. The record, then edit approach was not counted on. It was cumbersome to maintain the recorded test cases inline with application UI changes and very hard to debug.

1) They do not just bank on one element locator like ID, XPath, name etc instead rely on the DOM structure of the element like it’s parent nodes, child nodes to identify a unique selector for each element on the page.

2) Smart and easy maintenance of your automated tests as you application under test evolve. Next generation testing automation tools either update the tests automatically and wherever that’s not possible provide an intuitive and modular way to update the tests.

3) Top testing automation tools now perform more than just regression. They have features like performance anomaly detection for single user or under load. They allow you to perform various kinds of testing like shift left with API testing automation and shift right with synthetic monitoring.  And on top of that visual regression checks allow you to know the health of the application not just based on test failures but based on the trajectories created from automated tests.

4) Now that you have a good knowledge about best testing automation tools, these reliable tests can be plugged into your software delivery pipeline by one-click integrating with CI/CD tools like Travis, Jenkins etc.

Record and playback tools are not just for automating simple tests any longer, but they aid you in increasing the test coverage in DevOps age in case you are starting your test automation journey or even if you are using custom built frameworks for your test automation.

When evaluating an automation tool, you should consider:

1. Selenium Selenium is one of the top testing automation tools with 40% market share. Testers with experience in programming skills Selenium offers flexibility to choose from different languages. Test automation scripts written in Selenium can run on multiple system environments and browsers. Selenium has released first alpha version of Selenium 4.0 in April 2019. The main disadvantage of Selenium is users have to possess advanced programming skills and need time to build automation frameworks and libraries necessary for automation. Website: http://www.seleniumhq.org/

Get notified about new articles