Is Codeless Automation dependent on the Agile framework?

Recently when we were hit by a query from a start-up firm looking for TAAS, we gratefully acknowledge them. But when they replied asking us – We do not follow Agile, would codeless automation fit our strategy? At that very moment, we thought of coming up with this post – 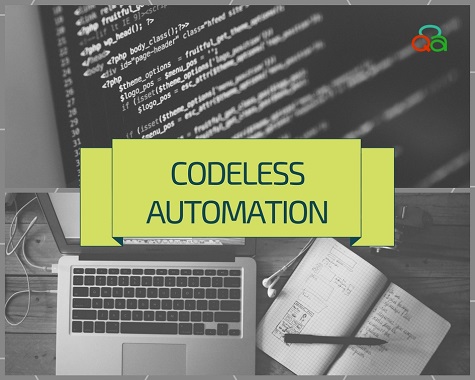 The Myth or Reality – Is Codeless Automation Dependent on Agile?

Not Really! Codeless Testing or Codeless Automation may be the buzzword in modern times, but it existed even a decade back. I remember working for one of the service firms almost 12 years back, where I used to work on a much simpler programming language of C++ [developed in-house], the same concepts of OOP were repackaged to create functions and libraries, which were easy in coding [more like plain English] and debugging.

Codeless Automation is on similar lines with plain English now being replaced by intuitive user interface[UI]. Input your test data, play and record the test steps and compare the actual and expected result in a visual form.

Talking about Agile, people need quick results, speedy solutions and shorter Time-to-market, hence Agile is the need of the hour. And when things like codeless, virtualization or microservices surface, individuals tend to believe they are tightly coupled with Agile. However, most of these frameworks are independent of the strategy used.

Let’s try to explore if the dependency exists between the two concepts?

Use Case – To Prove Codeless Automation is Independent of Agile Methodology

Methodology or framework are mere concept to build the software, while some languages may be built for specific ideas, it does not give them a dependency factor. On similar lines, Codeless Automation and Agile are two concepts that could be adopted for better results and better quality, with the fact that they could still be executed independently.

Try our Testing As A Service starting at $499/month

Benefits of Codeless Testing with CloudQA

Fast track your testing process
Check it Out