How to do load testing with CloudQA?

Quite recently when “Move to Canada” was a trending term, Canada’s immigration website crashed. Not long ago, in India, during peak hours the rail booking site used to crash every day. In 2015, retailers had a tough time on Black Friday and Cyber Mondays when most of the retail websites crashed.

The above instances reflect a hard-core reality – Load Testing is part and parcel of SDLC or any product lifecycle. That’s why we @CloudQA offer a simple yet efficient Load testing strategy to test an application under Zero-load or high-load scenarios. 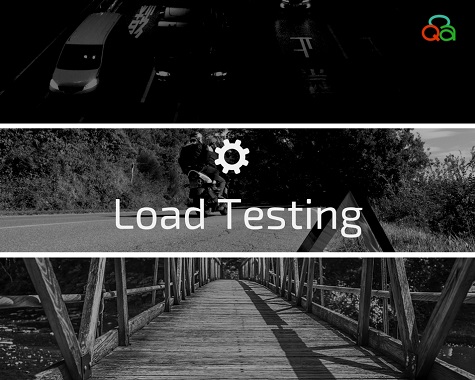 What is Load Testing?

Have you used an elevator? All the elevators come with a message of “Maximum Limit” beyond that the machine could malfunction resulting in accidents and injuries. Similarly, for a software that could be a desktop application, a mobile app, or a website it comes with a “Load limit” that means the number of users that could browse through a website or use an app at a given time. If the users exceed beyond that limit, it may result in software crash thereby making services unavailable.

Although, Load Testing is crucial yet many organizations tend to skip it because of varied reasons stated below –

Re-use CloudQA Functional tests to drive load traffic from real browsers, using the same interactions as your users. Use one or more thorough scenario that exercises the backend and frontend of your application in a targeted and scalable fashion.

Scale up virtual user traffic from 5 to 200 concurrent users for duration of 5minutes to maximum of 60minutes. CloudQA will setup the entire infrastructure required on demand to perform the load test, gather and format the results in rich reports and graphs.

You can drive load from 7 regions around the world, through public clouds from regions in Asia Pacific, Europe, and North and South America. And take advantage of the CloudQA’s Load testing to drive load from behind your firewall for pre-production apps in staging or development environments, or internal apps that aren’t exposed to the public internet.

Who can run the load test?

Any technical or non-technical user can run the test case. User should know the basic record and playback of a test case using CloudQA. Use the already created one or more functional test cases of CloudQA to run the load.

Doesn’t this sound exciting? See how to run the Load test using CloudQA